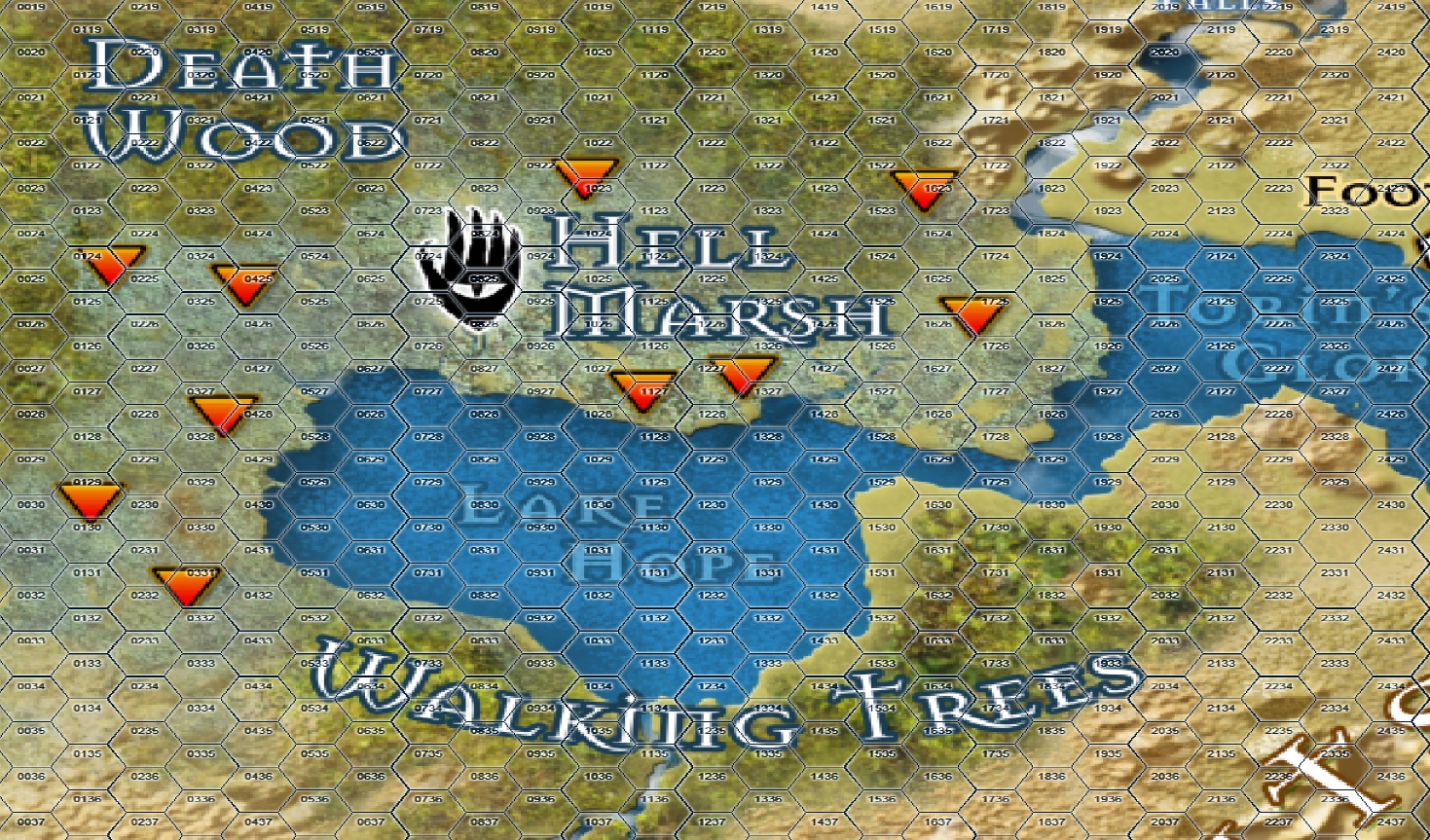 
At that point I went looking for more Hexes to pillage. Finding The Krall and observing that it looks similar to the top right corner of the 13th Age Map I stuck that one straight in and have decided to carry on filling the map in 20 Hex by 20 Hex blocks.


The next 20 by 20 hexes from the 13th age map cover the Hell Marsh (the most common place to find the Diabolist), Lake Hope and The Walking Trees. The Map also has 10 Hell Pits on it. So my aim is to tie the themes of the Hexes to those things and the politics of the Hell Pits.

This is what the 13th Age main book has to say about Hell Marsh:

Hell Marsh
This marshland west of Anvil is the Diabolist’s territory. Some of the swampland between the hellholes is normal enough, but the hellholes are so plentiful that much of the swamp writhes
with demonic energies. The deeper you go, the more dangerous it gets. The more often you visit, the weirder it gets, but that may just be you changing instead of the terrain.

My first Hex for this map is one of the Hell pits:

03,31 Hell Pit full of Dretches. They have a Throne that weakens more powerful Demons who get too close to it and so free of the tyranny of the greater Demons have created a tyranny all of their own.

Please pick a Hex and add a description in the comments.


Here is the Google Spreadsheet I am going to be using to track all the hexes people have helped with. Feel free to add details in there as well.

https://docs.google.com/spreadsheet/ccc?key=0ArYv3kx_YnZPdGNSYjJyQkdGUW1DdkRmV04tYUE0NVE&usp=sharing
Posted by Unknown at 05:11